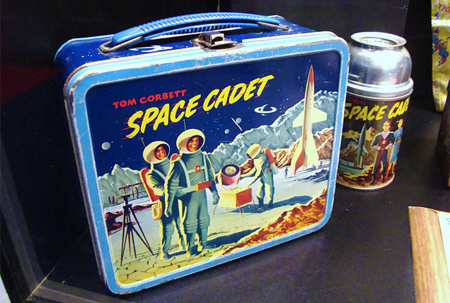 An unpleasant smell within a lunch box can build over a few days of neglect or after several months of use. Once the smell builds, it can often be incredibly challenging to deodorize the stink and return the box to its former freshness.

Fortunately, there are a handful of household remedies that work to eliminate food-based stenches. By following the below solutions, you can be sure that your lunch box will be stink-free and smelling like new.

1 Get Rid of Rotten Food

In most cases, the foul smell of residues within a lunch box are the result of food being left within the lunch box and subsequently spoiling. Although removing all rotten from the box may come be common sense, we thought that we would mention it none the less. After removing the rotten food bit, you will be able to evaluate the need to further treat the box with of of the below deodorizing solutions.

Although this may be something that you have already tried, it remains effective in eliminating most lunch box odors. Mix a solution of dish detergent with hot water and scrub down the interior of the lunch box. Once completed, proceed to wash down the interior with fresh water to lift out any soap residues. Finalize by placing the lunch box outside within the sun until all moisture has naturally evaporated away.

This household powder has fantastic odor absorption capabilities and can work well in freshening the interior of the lunch box. Begin by wiping down the interior of the box with a war soapy mixture. Before the moisture dries out, scoop 1/4 cup of baking soda and drop them within the lunch box. Proceed to seal the lid of the box and give it a good shake for 60 seconds to ensure that all of the walls of the box are sufficiently covered. Allow to box to sit for 24-48 hours while to powder works to pull in all unwanted odors. This solution and be finalized by sweeping out the loose baking soda from the lunch box after this waiting period has passed.

Similar to baking soda, white vinegar is another kitchen ingredient that works well in eliminating odors on the spot. Mix a solution of white vinegar and water in equal parts within a small bowl. Using a clean sponge proceed to completely wipe down the interior of the lunch box. Once completed, leave the box open for the white vinegar solution to naturally evaporate away.

If other methodologies have been ineffective, newspaper dipper within vanilla can do wonders in absorbing and covering rotten food odors. Wad up several sheets of newspaper until you are certain that the quantity will be sufficient to fill the space within the box. Next, dip the edges of the newspaper balls within a solution of one part vanilla extract and three parts water. Stuff the dipped balls within the lunch box, seal the lid and allow the box to sit for 24-48 hours. Once completed, open the lid and remove the newspaper balls from the case.

Many people do not know that coffee grounds can be an effective odor absorbent. Fill the bottom of your lunch box with a half cup of coffee ground and close the lid. After 24-48 hours have passed, the grounds will have worked to absorb the unwelcome odor and left a subtle aroma of coffee beans behind.